On Thursday, President-Elect Barack Obama took the time note that he had extended an invitation to Rick Warren to conduct the Inaugural invocation. Rick Warren is the pastor of a Saddleback Church in Lake Forest, California (fourth largest church in this country) as well as the author of the Purpose Driven Life series of books. However, Pastor Warren is also pro-life and a supporter of Proposition 8, the amendment to remove the rights of marriage equality in California.

Invocation is the act of invoking or calling upon a deity, spirit, etc, for aid, protection, inspiration and supplication. As the news spread across the country many of us in the LGBT community were upset at the choice of such and vocal opponent of marriage equality. The fact that President-elect Obama would select someone that is virtually the polar opposite to his views is interesting. However, I should not be totally surprised because during his campaign for the Office of the President he did not do the most orthodox things. He chose to go against the grain from time to time. What is startling to those of us in the LGBT community who after 8 years of right wing conservative policies and practices we looked at Obama as someone that would at least listen and possibly understand our plight. What did his advisors say when Pastor Warren’s name was pulled from the proverbial hat? Were there any same gender loving men and/or women in the room? As I listened to President-Elect Obama state his reasoning for choosing Pastor Warren I was not all that convinced as a same gender loving Black man that has advocated for equal rights for my fellow brothers and sisters. We needed this “wakeup call” so we can remain vigilant in our pursuit for equality on all levels. Now is not the time to become drunk with anticipation and take our eyes off the road. I understand that thought of bringing people together that do to agree in an effort to be more inclusive; however, I am not sure the world stage should be the platform at which that choice should be made. When I first heard about this selection I was indifferent to a large degree but after much contemplation I had to realize that I was letting our President-Elect off the hook. I had to reconcile that I truly felt that this decision was not one of his best. I realized that I was not doing my part as an advocate. It is unfair to him and to the LGBT community to stay silent just because this is the person in which so much of our hope is built. The inauguration of President-Elect Obama will be viewed by people from every continent and most countries on this earth. What message are we sending to the world by having Pastor Warren deliver the invocation?

Symbolic gestures are great; however, symbolism can also be misunderstood as hidden agenda. There are those that will think that we are making too much of this choice, however, would these same people be asking that question if the invocator was a person that vehemently opposed affirmative action or women’s rights?

Ronald Wadley is a Same Gender Loving Advocate who lives in Chicago and in full disclosure he is my BCF (Best Cousin Forever)
Posted by Sista Girl Speaks Up at 4:21 PM 1 comment: 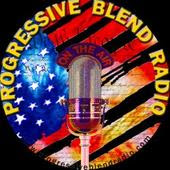 In Your Face Radio

Check out your voting information

Obama is the President

Obama is the President

Make suere you make the deadline in your state